Sovereign wealth funds (SWF) adopt differing mandates based on a country’s macroeconomic profile and the government’s priorities. Saving for future generations – as is the case with the Abu Dhabi Investment Authority (ADIA) or the Kuwait Investment Authority (KIA) – is the widely adopted mandate. But more recently, governments have begun to leverage their funds to transform their economies by adding an economic development component to their fund’s mandate.

One reason why countries establish sovereign wealth funds is to both professionalise and institutionalise the way the sovereign invests and manages its wealth. With this in mind, the combination of a strong governance framework and a highly experienced investment team are integral for success. When pursuing an economic development agenda, sovereign wealth fund investment professionals have a complex dual role to fulfil: Not only are they instructed to look after and transform the existing portfolio, but they are also tasked with identifying, initiating and leading new investment opportunities.

Transforming a direct investment portfolio occurs through various initiatives aimed at improving the performance of the portfolio companies or monetising some of them.

To improve performance, the critical first task is to implement best-in-class governance, often requiring the training or replacement of directors representing the sovereign wealth fund on the boards of portfolio companies. In turn, boards become more business savvy and gain more clarity on shareholders’ expectations, putting them in a stronger position to fulfil their fiduciary duties.

When the situation requires drastic actions (for example, when a direct investment operates at a significant loss), the fund needs to swiftly engage an external advisor to identify strategic options, then supervise the implementation of the selected strategy. Such drastic actions can be expedited when the sovereign wealth fund owns 100 percent of the company or has the majority control of the board. Governments have begun to leverage their sovereign wealth funds to transform their economies by adding an economic development component to their fund’s mandate.

Portfolio transformation also occurs when the sovereign wealth fund decides to monetise one of its portfolio companies. This can occur for various reasons, such as the need for cash to re-invest into more promising opportunities, or the need to eliminate excessive downside risk. In the Middle East, the sale of a state asset often requires an intermediary step consisting of corporatising the entity. This process aims to transform state assets or government agencies into corporations with a legal structure and financial statements for the last three or five years. Going through this process is usually the first step towards a sale or an Initial Public Offering (IPO).

When it comes to new investment projects, sovereign wealth funds can operate in a structured approach.

New viable investment opportunities need to be built on a detailed understanding of the economic sectors and strengths of a country. Once a sector or opportunity of interest has been identified, a more in-depth study should be performed to confirm the opportunity, its profitability, landscape of potential partners, risks, and employment potential of the project.

A compelling example is the concept for a downstream aluminum cluster pursued in Bahrain by its sovereign wealth fund, Mumtalakat. One of its portfolio companies, Aluminum Bahrain (Alba), is currently building a sixth smelter line that will add 500,000 metric tonnes of aluminum per year, starting in 2019. In parallel, Mumtalakat is teaming up and co-investing with international partners to create joint ventures in Bahrain that will utilise this additional capacity while creating 2,000 new employment opportunities.

By developing a strong understanding of attractive sectors in a country or a region, sovereign wealth funds should be in a position to quickly form an opinion on an opportunity. If an established player from overseas or an adjacent country has a compelling business case for expanding in the Middle East or in the country of a SWF, then the SWF should engage with the potential partner to further assess the opportunity.

Funds with an economic development agenda represent a great opportunity to accelerate the development of their economy. Some African countries such as Angola (Fundo Soberano de Angola - 2012)1 and Nigeria (Nigeria Sovereign Investment Authority - 2012)2 set up their sovereign wealth funds over the last decade and both have developmental components in their mandates.

Egypt passed a law in May 2018 to establish its own fund3. One of the contemplated objectives for this fund is to manage state companies ahead of listing on a stock exchange. The PIF in KSA has a huge task ahead of itself as it is expected to play a major role in the stimulation of the Saudi Arabian economy.

The large and rapidly growing value of assets managed by sovereign wealth funds as well as the leadership expected of them in their countries’ economic transformation agendas is placing them in the public spotlight. It does not come as a surprise that citizens want to know how their public funds are being employed to their benefit.

In developed countries, governments have traditionally focused on the regulatory aspect of an industry and then let the private sector flourish. On the contrary, in the Middle East and other developing countries, significant industries have often emerged from the will of the government. Sovereign wealth funds can be an effective tool to make this happen. To learn more click, here. 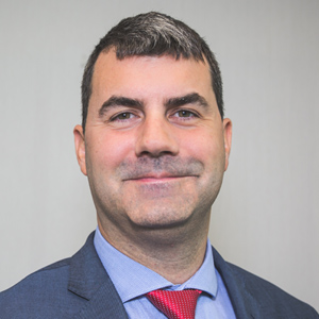