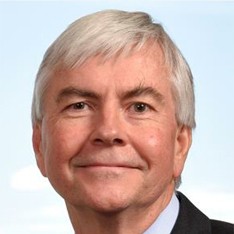 Simon’s global career has covered a wide range of financial services areas, including life and health insurance, pensions and investments.  Simon was educated in South Africa, and spent eight years working for a number of life insurance companies in Ireland, Zimbabwe and the UK. Simon then joined Mercer in London in 1988 and transferred to Melbourne, Australia in 1989.  He was head of the Melbourne office from 1993 to 1996.

In 1996 he left Mercer to join Vanguard, helping to establish their funds management business in Australia.  He returned to Mercer in 1999.

Simon led Mercer in Australia from 2000 to 2004, a period during which the Australian pensions market changed its character completely and Mercer was able to establish a market-leading position in bundled and packaged pension provision, including bundled investments.

Simon has a business science degree from the University of Cape Town, and is a Fellow of the Institute and Faculty of Actuaries (UK).


BACK TO ABOUT PAGE